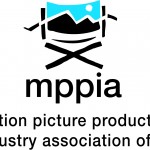 Based on an adjudication process administered by Creative BC, the five finalists and their projects are:

MPPIA, Creative BC and the Whistler Film Festival welcome this year’s accomplished jury: Sophie Deraspe (Wolves/Les Loups); Cameron Labine (Mountain Men) and Sean Garrity (After the Ball). The jury will be moderated by Tracey Friesen, formerly Executive Producer at the National Film Board and presently leading Roundhouse Radio 98.3 FM (launching Spring 2015) as Director of Programming.

Now in its eighth cycle, the MPPIA Short Film Award provides one filmmaker with an opportunity to further develop his/her directing career by realizing a unique creative vision. The Award was founded to recognize and celebrate the contribution of film and television to the Province of British Columbia.

The Whistler Film Festival Society (WFFS) is a cultural charitable organization dedicated to furthering the art of film by providing programs that focus on the discovery, development and promotion of new talent culminating with a must attend festival for artists, the industry and audiences in Whistler. WFFS produces one of Canada’s leading film festivals and plays a leadership role in offering professional and project development programs for filmmakers. The 2014 Whistler Film Festival runs December 3 to 7.