The Motion Picture Production Industry Association of BC (MPPIA) gathered with colleagues from IATSE 891 and across the screen production sector on Feb. 21st to celebrate Oscar recognition for BC based talent and innovation.

Four BC screen production professionals are nominated for Academy Awards (broadcast February 28), while four others have already received Academy Awards in the Scientific and Technical Achievement category:

ai???BC is home to many talented screen production professionals and Oscar recognition brings worldwide profile to what we’ve known to be true here for many years ‘ that BC is a thriving centre for talent and innovation in the motion picture production industry, said MPPIA Chair Peter Leitch. ai???Congratulations to this year’s honorees and to all of the dedicated production professionals who contribute daily to BC’s reputation as one of North America’s foremost creative industries hubs,ai??? Leitch added.

Said IATSE 891 Business Agent Phil Klapwyk, ai???We are proud to be celebrating the achievements of our members in 2016, and at the same time pay tribute to the collective accomplishments of our many colleagues who have been honoured over the years. It’s true that ai???BC Creates award winning talent’ and we want to widely share this story across the province with the many people who contribute to our successful film and television production industry, and to BC’s thriving creative economy.ai???

IATSE Local 891 consists of artists, technicians, and craftspeople who work primarily in film and television production in BC. Members work on all types of productions at all budget levels including some of the biggest features ever made, and are internationally renowned for their skill and professionalism.BC Creates is a branded communications initiative established by creative industry stakeholders to celebrate and engage British Columbia in the story of the Province’s vibrant creative economy @bccreates #bccreates www.bccreates.com .

For more information on BC’s Academy Award honorees, see below. 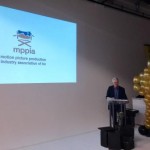 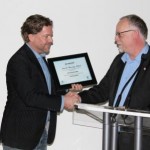 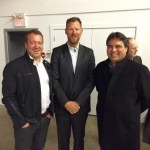 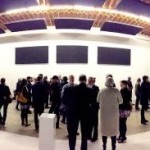 Hamish Purdy: Academy Award nominee for Production Design ‘ The Revenant, Hamish has been a member of IATSE Local 891 for 23 years and has worked as a Set Decorator on a wide range of features including The Revenant, Step Up ‘ All In, Mission Impossible 4: Ghost Protocol, Superman: Man of Steel, Caesar: Rise of the Apes. Hamish shares an Art Directors Guild Excellence in Production Design Award for his work on The Revenant.

Chris Duesterdiek: Academy Award nominee for Sound Mixing ‘ The Revenant, Chris has worked on a host of feature films including Night at the Museum: Secret of the Tomb, Big Eyes, Underworld: Awakening, and The Company You Keep. He has also worked on TV series such as Motive, Human Target, and Psych. Chris has already won a 2016 BAFTA Award as well as a Cinema Audio Society Award for his work on The Revenant. Chris is a member of the Sound Department of IATSE Local 891.

Robert Pandini: Academy Award nominee for Make-Up and Hairstyling ‘ The Revenant, Since 1988, Robert has worked on dozens of feature films and countless television series such as The Chronicles of Riddick, Juno, Star Trek: Beyond, The Outer Limits, and Human Target. His work has taken him all over the world to many different locations, including Dubai, Argentina, Egypt, and all over North America. Robert began his hairstyling career training in Germany, California and Canada. Robert is a member of the IATSE Local 891 Hair Department.

Recipients of Academy Award for Technical Achievement:Aircover Inflatables for the Airwall.

Mike Kirilenko: Mike is a highly skilled Key Grip and has worked on numerous productions including: Sisterhood of the Travelling Pants, Fantastic Four: Rise of the Silver Surfer, Night At The Museum: Battle of the Smithsonian, Sucker Punch, Life of Pi, Godzilla (2014). Mike is a partner of Aircover Inflatables and President at Studio City Rentals. Mike is a member of the Grip Department of IATSE Local 891.

Dave McIntosh: Dave is a key rigging grip and has worked on many productions including Catwoman, Fantastic Four, X-Men: Origins: Wolverine, Men in Trees, Night at the Museum: Battle of the Smithsonian, Percy Jackson:Sea Of Monsters, and Tomorrowland Dave invented the award winning Airwall ‘ an inflatable, mobile green screen which is changing the way movies are made. Dave has a background as an auto and industrial mechanic, and is a member of the Grip Department of IATSE Local 891.

Steve Marshall Smith: Steve Smith has been a Key Grip for over 40 years in both Toronto and Vancouver. Steve has worked on such varied productions as Dirty Rotten Scoundrels, The Fabulous Baker Boys, X-Men 2 & 3, Castaway, Contact, and The A-Team. Steve now works full time as the CEO of Aircover Inflatables. Steve is a member of the Grip Department of IATSE Local 891.

Mike Branham: Mike is a local Key Grip and the owner of Best Films Inc., the leader in the Technical Fabric market for film, television and theater. Best Films Inc. has produced some of the newest and most innovative materials used for outdoor screens, including the fabric which covers the award winning Airwall. Mike Branham has worked on numerous independent Canadian productions and countless commercials.