Kicking off 2018 with Renewed Appreciation for our Collective Work 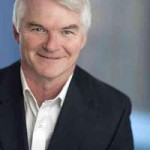 On December 14 BC’s film & television production community gathered at the Westin Bayshore to honour the BC Council of Film Union’s Tom Adair, retiring after decades of work and stewardship for the BC film and television industry. Tom’s contributions to our community have been substantial and won’t likely end with his retirement. Looking around the room at this event, I noted the attendance of many dedicated industry colleagues and recognized our good fortune that Tom is in the great company of many lifelong contributors.

BC’s production community is a committed and passionate group distinguished by a sustained ability to work together on our priorities. With so many on board to support the broader competitive vision, our collaborations have paid off for the benefit of the entire BC industry.

2017 was a productive sometimes challenging year, not without its highs and lows. There were many positive notes, for one, welcoming the newly formed provincial government led by Premier John Horgan, as well as Minister Lisa Beare leading Tourism, Arts and Culture, our sector portfolio. We’ve already had a number of opportunities to connect with the Minister and many others in Victoria, and we look forward to continuing our work on a strong public-private strategy for film and television production in BC.

To that same end, we were also fortunate to have a Provincial Film Commissioner Sandi Richter Cooper, appointed to head up the film commission at Creative BC last spring. Sandi brings a wealth of diverse industry experience to the role, and we’re working closely with her and the film commission team on our marketing, business development and sustainability objectives.

On the sobering side, in 2017 we also lost a number of family, friends and lifelong contributors to our industry, including Reunion Pictures’ Tom Rowe and our own Gail Smith here at North Shore Studios. Both these individuals exemplify the multi-generational ‘film families’ that are the foundation of our tight knit community — they will be missed.

People are the true lifeblood of our work, and it’s the great people that come to the MPPIA table year after year to help steer and contribute to our work, that have together made such a difference in the fortunes of the production industry. Whether it’s our members, key member organizations across labour (DGC-BC, IATSE 891, ICG-IATSE 669, UBCP-ACTRA, BCCFU, Teamsters 155, ACFC West) as well as the MPA-Canada, AMPTP and the CMPA-BC, our partners in government and the team at Creative BC — together we’re the engine that drives this business in BC and together we can be proud of the $2.6 billion industry under our care today.

Gearing up for year ahead, plans are already laid on many fronts including education & training, industry-community relations, Reel Green, and the 2018 edition of Creative Industries Week in BC.

On behalf of MPPIA, I’d like to wish everyone a happy new year – we appreciate all your participation and look forward to working with you again this year.