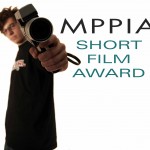 The Motion Picture Production Industry Association of British Columbia (MPPIA), Creative BC and the Whistler Film Festival are pleased to invite applications for the 2019/20 edition of the MPPIA Short Film Award.

The MPPIA Short Award guidelines and application are posted on the Creative BC website:

Established in 2007, the MPPIA Short Film Award provides one filmmaker with the opportunity to further develop his/her directing career by realizing a unique creative vision in a short film project.  Applicants will be short-listed into a field of candidates who will pitch their projects at the 2019 Whistler Film Festival taking place December 4–8.

The successful candidate will receive a $15,000 cash award plus services ‘in-kind’ valued up to $100,000 from across the industry, enabling the filmmaker to complete his/her project with the guidance of experienced industry professionals and support services provided by the top supply houses in British Columbia. The completed film will have its world premiere screening at the 2020 Whistler Film Festival.

The MPPIA Short Film Award has become a highlight on the annual Whistler Film Festival calendar, as some of BC’s brightest emerging directors vie on stage before a jury of industry professionals for the sought-after filmmaking opportunity.

The Whistler Film Festival Society (WFFS) is a cultural charitable organization dedicated to furthering the art of film by providing programs that focus on the discovery, development and promotion of new talent culminating with a must attend festival for artists, the industry and audiences in Whistler. WFFS produces one of Canada’s leading film festivals and industry summits, and plays a leadership role in offering talent and project development programs for Canadian creators. The 2019 Whistler Film Festival runs December 4–8.