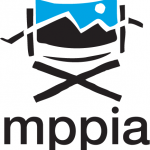 The Motion Picture Production Industry Association of British Columbia (MPPIA), Creative BC and the Whistler Film Festival are pleased to congratulate Alayna Silverberg on her winning pitch for short film project B-Side.

?All five candidates for this year’s MPPIA Short Film Award delivered strong pitches for worthy projects,? said Jury Chair Nimisha Mukerji. ?In her pitch for the heartfelt coming of age story B-Side, Alayna demonstrated that she is ready to maximize this valuable filmmaking opportunity we look forward to seeing this emerging directors work on B-Side when it premieres at next years Festival,? Mukerji added.

Now in its 12th cycle, the MPPIA Short Film Award has become a highlight on the annual Whistler Film Festival calendar, as some of BCs brightest emerging directors vie on stage before a jury of industry professionals for the sought-after filmmaking prize.

The MPPIA Short Film Award winner receives a $15,000 cash award plus in-kind production support resources worth up to $100,000 for her/his short film project to be completed within one year of receiving the Award. The completed project will premiere at the 2019 Whistler Film Festival, taking place Nov. 27 Dec 1, 2019.

The Whistler Film Festival Society (WFFS) is a cultural charitable organization dedicated to furthering the art of film by providing programs that focus on the discovery, development and promotion of new talent culminating with a must attend festival for artists, the industry and audiences in Whistler. WFFS produces one of Canadas leading film festivals and plays a leadership role in offering professional and project development programs for filmmakers. The 2019 Whistler Film Festival runs December 4 December 8, 2019.