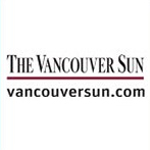 B.C.’s film and television production industry wants the provincial government to classify it as a manufacturer to help mitigate the impact of the controversial HST’s demise next year.

According to an industry executive, the move would put it on a more even footing with Ontario and provide tax relief when the HST is replaced with the PST.

According to documents obtained by The Vancouver Sun, the new classification is being discussed by government as one way to help the industry compete.

Cheryl Nex, vice-chair of the Motion Picture Production Industry Association of B.C. and president of EP Canada Film Services Inc., the industry’s payroll company, said Friday that while the industry has lobbied for years to be defined as a manufacturer, so far she’s heard of no change or planned change by the government.

That lobbying ended when the HST was introduced, she said, but was renewed with the decision to end the tax as of April 1, 2013.

ai???When industry came to understand we were moving back to the PST/GST model, there was some concern it could disadvantage us,ai??? added Nex.

She said that with the HST, film companies get a larger proportion of their production costs back, while the refund would be far smaller under the PST/GST system. With Ontario retaining the HST, it places B.C. at a disadvantage, she noted.

However, Nex said, if her industry is defined as manufacturing, it would largely negate the disadvantage because manufacturers in B.C. are PST-exempt.

The industry is now defined by the ministry of finance as a ai???non-qualifyingai??? activity for manufacturing.

Asked why the film and television production should be considered manufacturing, she replied that it’s no different than someone manufacturing a table from wood. ai???We believe we’re manufacturing something that’s exploited and shown on television.ai???

B.C.’s overall ranking as a North American film and television production centre dropped from third to fourth place in 2011, with Ontario beating out B.C. in the rankings for only the second time since 1997.

Overall spending in B.C. last year amounted to about $1.19 billion, compared to $1.27 billion in Ontario.

According to documents released under a freedom of information (FOI) request, a policy analyst with the arts and culture branch of the ministry of community, sport and cultural development discussed the issue in an Oct. 25, 2011, note, saying that the film and television production industry would be asking for an amendment to the PST definition.

ai???A point that should be added … is that industry will be asking for the following amendment to be made to the PST definition,ai??? said Lora Carroll in a note to Alec Tully of the ministry’s government communications and public engagement department. ai???When B.C. reverts to PST, define digital/film, TV production and post-production as ai???manufacturing’ for the purposes of calculating PST.ai???

Neither Carroll nor Tully would speak to The Vancouver Sun about possible changes to taxation exemptions for the film industry and Tully said Friday that the ministry would have no official comment other than providing a short three-point bulletin citing the transition back to the PST/GST system and that the minister of finance reviews taxes and considers changes each year as part of the budget process.

However, there was no reference to the film or television industry in the bulletin.

Other notes provided to the ministry obtained through the FOI request cited ai???key factsai??? related to the matter, including the suggestion that increased production costs would likely result from scrapping the HST and hurt the competitiveness of B.C.’s film industry.

ai???Coupled with other provincial and federal tax credits, the HST allowed film producers from outside Canada to enjoy significant cost savings, even with the high value of the Canadian dollar,ai??? the note, dated Sept. 23, 2011, said.

The note said that under the HST, foreign film producers working in the province recovered the seven per cent of their production costs that they could not get back under the former PST. ai???When the HST ends, so does this substantial reduction in the cost of producing film in B.C.ai???