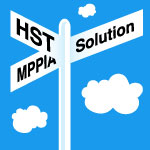 The results of the HST referendum announced August 26 revealed an unfavourable outcome for BC’s motion picture production industry although the heated campaign to educate voters on the tax led to a slim margin of defeat. The vote to extinguish the tax came in at 54%.

ai???We are disappointed with the results of the HST referendum,ai??? says MPPIA Chair Peter Leitch. ai???Though we must accept the decision, it is imperative that we find a solution for the production industry that will prevent the loss of jobs due to this considerable competitive disadvantage.ai???

It is estimated that the Provincial Government will need 12 to 18 months to reverse and replace the HST tax model. In the interim business will be carried out as usual under the present model, during which time MPPIA intends to work with government on a competitive tax structure.

ai???We want to work with the Province to ensure that we have consistent, competitive tax policy in BC ‘ which has been key in building the billion dollar production industry we have in British Columbia today,ai??? Leitch adds.