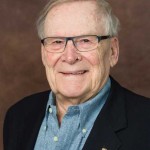 The Directors Guild of Canada BC (DGC BC) and the Motion Picture Production Industry Association of British Columbia (MPPIA) are together deeply saddened to announce the passing of BC film industry trailblazer and champion, Crawford Hawkins on June 25.

Crawford Hawkins’ contribution to the BC film and television industry spanned 4 decades, multiple sectors of the industry, and included significant and long held leadership roles with both the DGC BC (Executive Director 2002-2016) and MPPIA, as a founding and ongoing active board member of the latter since it was established in 2002. He played an integral role in industry-government relations and policy-making throughout the duration of his career.

Crawford was a true industry builder well known for his part in establishing the collaborative, progressive and community minded practices that distinguish BC’s production industry today. His many accomplishments and contributions are well documented in awards and recognitions, but Crawford Hawkins’ real legacy is in the vision, integrity and comradeship that he inspired in those with whom he worked and mentored.

“Crawford Hawkins’ contribution to the Directors Guild is immeasurable,” said DGC BC Chair Allan Harmon. “He leaves a massive hole in BC’s film and television family, and we expect to honour his memory by living up to the example he set for multiple generations of our industry.”

“We can all aspire to the kind of contribution made by Crawford Hawkins,” said MPPIA Chair Peter Leitch.  “Crawford will be deeply missed by the many friends and colleagues he touched in the course of his life and career.”

DGC BC and MPPIA wish to express heartfelt condolences to the Hawkins family at this difficult time.