Message From the Chair: Paving the Way for a Sustainable Production Industry in BC 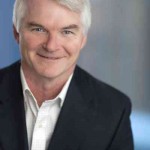 Summer 2016 is likely to go down in the books as one of the busiest ever for BC’s screen production sector, which is great news for all the jobs and businesses that are supported by our industry. The bounty of work has kept every sub-sector and supplier working at capacity and looking for ways to ensure that we are effectively managing our value proposition as one of North America’s leading hubs for screen production. It’s a careful balance — attracting new international business, building on our BC owned and operated sector and managing all our supporting industry resources to ensure we are not over extended — it must all add up to a forward looking plan for sustainable growth.

We’ve focused on a number of fronts to this end, with a strong emphasis on government and community relations, as well as growing engagement in various skills and training initiatives across industry stakeholder groups. With busy times comes a huge draw on human resources; our talent pool, while known for its depth and expertise, needs to be regularly replenished and we’d like to keep new jobs filled with BC’s own industry professionals. Skills training is at the top of the priority list for many across the MPPIA membership and there are collaborative strategies brewing across industry labour organizations, the CMPA, the Vancouver Economic Commission, Creative BC and additional Provincial Government partners.

The Provincial Government has integrated the screen production sector in its BC Jobs Plan for economic diversification and many BC companies are prominent contributors — for example Atomic Cartoons , presented with a BC Job Makers Award on August 31st by Jobs, Tourism & Skills Training (JTST), Minister Shirley Bond. BC’s motion picture industry has an important role to play in the province’s knowledge driven economy and we, along with our counterpart creative sectors, need to make sure we maximize the benefits of this economic growth.

Up and coming generations of screen industry professionals need to know more about the breadth of job opportunities within the BC production sector so we are continuing to collaborate within industry and government to heighten our profile alongside Minister Shirley Bond and her team at JTST. On September 21st, Minster Bond will proclaim Screen in BC Day and will tour several industry sites to showcase the job creation, investment and emerging opportunities. MPPIA will also be revamping its annual Career Expo in the coming months, now scheduled for the new year and set to be improved with a series of mentor sessions and info sharing across companies and industry organizations. As well, MPPIA’s collaboration with Creative BC and the Whistler Film Festival, the MPPIA Short Film Award enters its 10th anniversary cycle this fall. This initiative is a filmmaking talent seeker, offering BC’s emerging directors a valuable opportunity to make a ‘calling card’ short film — and every recipient to date has exploited the experience with award winning films and multiple screenings on the festival circuit after their respective premieres in Whistler.

Community relations have also remained high on our priority list this summer — if we don’t strategically manage our community-based location resources across the province right now, it could curb some of our opportunities for sustainable growth. With Creative BC taking the lead in cooperation with Metro Vancouver Film Liaisons, BC labour organizations, the MPA-Canada, the CMPA and MPPIA — myriad issues associated with a busy production environment are being addressed. A collaborative community appreciation initiative is also in development, with phase one rolling out in September.

On top of all the resource management and future planning in progress, we remain committed to communicating our story along the way, partnering with Creative BC and industry stakeholders to celebrate the ‘BC Creates’ message. There is no better time to showcase our story than during Festival season, which we kicked off this week (Sept. 12) at the Toronto International Film Festival. With the backdrop of one the world’s renowned screen industry events, this year MPPIA & the Whistler Film Festival presented “BC Creates at TIFF — A Celebration of Screen & Music”. We met the international creative community at TIFF, highlighting our own including a special spotlight performance from BC’s Juno award winningDan Mangan, thanks to support from Western Economic Diversification, Creative BC and the Canadian Media Producers Association.

We’ll also collaborate with the newly framed Vancouver International Film Festival, and this time the BC Creates story focuses on industry sustainability on the green side. As an industry we work to minimize our environmental impact on BC communities and there’s no better example of this effort than X-files Creator Chris Carter, who has not only fostered multiple generations of talent in BC, but has also taken a leadership role promoting environmentally sound practices in production.In recognition of his leadership, Chris Carter will be the second annual recipient of the VIFF Industry Builder Award, presented by MPPIA to celebrate ‘BC Creates’ at a Vancouver Board of Trade Luncheon on October 7. This event is also supported by Creative BC and Western Economic Diversification.

We’ve a great deal of work ahead of us — to manage the pace of business, plan for the future and keep telling our story. As we get busy with the fall season, I know our industry will not forget that ‘giving back’ is an important part of our role in BC communities. Please give generously to the 2016Reel Thanksgiving Challenge raising funds and food for the Greater Vancouver Foodbank — the goal this year is to break last year’s record $87,000 raised and I’ve no doubt we’ll get there.