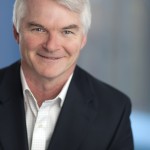 Following MPPIA’s AGM on June 24 and right out of the gate this summer the screen production industries in BC have been in high gear, handling incoming and BC-based projects, attracting and developing new business, and managing the issues that effect all of the above. Whether we are talking about domestic or international screen production, the new normal in our industry is about managing and, wherever possible, enhancing our attractiveness in the global market on multiple fronts; it’s never been more clear that this is a worldwide business and we have to be strategic if we want to remain at North America’s forefront.

Many stakeholders across the BC industry have clearly reached this same conclusion and are looking for new ways to improve British Columbia’s competitive position and increase our opportunities to excel in the emerging global creative economy. The City of Vancouver for example introduced a range of measures in late June that will help make location filming in Vancouver more streamlined and cost effective; also in June, Creative BC convened Metro Vancouver’s film liaisons to ensure that we are offering welcoming production environments that work for clients and communities. Another important step is Creative BC’s leadership in developing a creative industries communications strategy that will help everyone — including industry itself — to understand the impact, value and future potential of a cohesive creative economy in BC. It is more timely than ever for us to evaluate all of our strengths and understand them in the context of the worldwide competitive landscape. Together BC’s creative industries can identify and maximize opportunities of mutual benefit and, most importantly, communicate the vitality of BC’s creative economy and its role in the future of this province.

If we can do this successfully we will find ourselves in a position of greater strength to deal with the competitive issues that can and do arise. The most recent example of this is the new federal immigration policy governing Temporary Foreign Workers in Canada. Since its implementation in July, the policy has had serious implications for the screen production industries in Canada, although these were unintended consequences of policy designed to stem the flow of foreign workers in unrelated business sectors. Together with federal and provincial counterpart organizations, we have voiced our concerns with federal government representatives who were receptive to our feedback and input. With the national CMPA as the lead, we have collectively submitted a proposal to the federal government for policy revisions that will eliminate or mitigate the present threats the policy poses to our business. I will report on the progress of this effort in the coming weeks.

Federal immigration, a high Canadian dollar, competing tax credits — the latest ‘threat’ being significant proposed tax enhancements in California — we can only focus on the competitive strengths that distinguish our market here in BC. Between our natural geographic advantages, our deep talent and infrastructure, a well developed creative cluster and good industry tax policy, BC is more fortunate than most jurisdictions in its combined value proposition. This is particularly apparent when you see that BC had a big hand in many recent feature film box office winners like Godzilla, Planet of the Apes and Teenage Mutant Ninja Turtles to name only a few. BC companies are just as actively building demand for entertainment content in international markets across film, tv, animation, interactive; the best in the world gather here just as world leaders in visual effects did for the recently wrapped Siggraph 2014 Exhibition and Conference.

Our job is to help keep BC an exceptional place to gather for the business of creating entertainment content for the world. MPPIA will be working with BC’s creative industries leaders to make sure we are doing just that. Join me in welcoming our 2014/15 Executive elected at our June 24 Board meeting/AGM — we look forward to working with you.