The Motion Picture Community Initiative (MPCI) took the show on the road to the Township of Langley(TOL)/Fort Langley on June 24, staging the first in a series of community based appreciation events developed to recognize the vital role that BC municipalities play in the Province’s thriving film & television industry.

The ‘Thank you Fort Langley’ Community Picnic took place on the grounds of Fort Langley Elementary School and brought industry stakeholders out to give TOL/Fort Langley its moment in the sun. Family fun included the chance to audition with special effects, pose on the red carpet with ‘Oscar’, dunk production personnel or ‘Deadpool’ and partake in authentically delicious craft service, movie fare and prizes.

From Bates Motel to Once Upon a Time, Twilight to Night at the Museum, Arrow to Air Bud — Ft. Langley and the Township’s impressive list of credits demonstrates a significant contribution to BC’s ‘film friendly’ reputation for excellence. 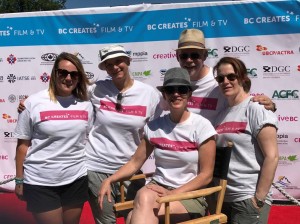 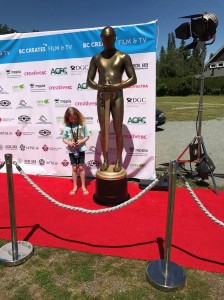