The Motion Picture Production Industry Association of BC (MPPIA) gathered with colleagues from across the screen production sector at Vancouver’s Studio Records on January 28 to celebrate a collective commitment to community engagement. ai???BC Creates Community’ captures the spirit and intent of the industry’s social participation with valued community partners.

MPPIA presented the first ai???BC Creates Community’ Award to industry veteran Danny Virtue to recognize his outstanding community citizenship. With decades of experience as an industry builder in British Columbia, Virtue has also invested years in community participation; he formalized this commitment establishing the Virtue Foundation in 2002 (see below).

ai???We work and live in communities across BC so it’s natural and important for us to be engaged in as many positive ways as we can,ai??? said MPPIA Chair Peter Leitch. ai???Some of us take that commitment to an extraordinary level and Danny Virtue is one of those people. The ai???BC Creates Community’ Award is about setting examples for us to follow,ai??? Leitch added. 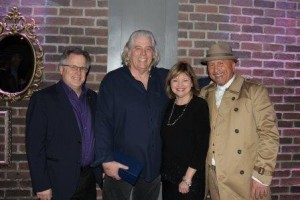 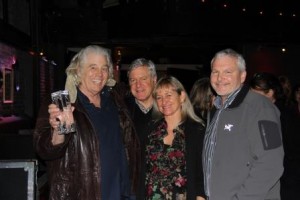 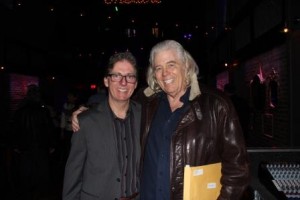 About Danny Virtue and the Virtue Foundation Established by Danny Virtue in 2002, The Virtue Foundation is a not for profit organization whose primary objective is to raise awareness for children who are physically, mentally or financially challenged. The Foundation is involved in charities, community services and fundraisers throughout the year. Inspired By Horses It began with a simple idea. As one of Canada’s most knowledgeable trainers, Danny has always known the healing power of the horse. When he was faced with horses in his stable whose careers in the movie business were over, he decided to put them to work in another way. By combining these retired movie horses with underprivileged and sick children who had never had the chance to ride, Danny started a regular riding program, which not only made a lot of dreams come true, but laid the groundwork for what The Virtue Foundation would become. ai???A Day at the Ranchai??? He quickly realised that with his vast resources he could create a truly memorable experience for many more people. By enlisting the help of his friends and colleagues in the film and television business, ai???A Day at the Ranchai??? was born. At this very special annual summer event, children and their families from the Surrey Memorial hospital renal program are brought to the beautiful Virtue Studio Ranch where they are treated to live entertainment, special celebrity guests, and a barbeque lunch. Since its inception, hundreds of people have watched the live stunt shows, animal acts, wrestling, rodeo and acrobatics, and escaped the needles and hospital rooms for a day. For many, it has become one of the highlights of the year. The Virtue Foundation has continued its original riding program, and is currently working on other charity events and fundraisers to benefit even more children. The Foundation is a proud member of both the community of Mission, B.C and the Metro Vancouver area and its influence will continue expanding in the years to come.