MPPIA Update From the Chair 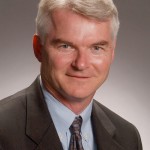 Just a few weeks into MPPIA’s new fiscal year and a few weeks away from the provincial election, we’ve already had a very productive year, one that has the motion picture production industry prominently on the public radar.

Thanks to a monumental effort from industry — from savebcfilm, the MPPIA membership, our broad industry supplier community, as well as our supporters within business and government — the industry is in the spotlight like never before and our competitive challenges, as well as our successes are more well known.

We are included in the platforms of the parties running to form BC’s next government, with variations on future commitments to this industry, which is very encouraging news. The City of Vancouver has also pledged to actively contribute to BC’s value proposition by keeping us competitive in municipal costs of production. But maybe most encouraging is the manner in which BC’s production community has gotten together to help determine its own future in this province. By telling our story and ensuring that British Columbians learn more about the unique nature of this business, we have provided people with a more comprehensive understanding of the benefits and future potential of a thriving production industry and creative economy in BC.

With all the industry communication that has proliferated in the last three months, I am sincerely hopeful that this is a sign of a newly engaged industry that will continue to be involved in its own future. As we collectively tell the industry’s ongoing story — using the social media and traditional communications channels, as well as industry initiatives and events — we are in a great position to further align all our activities and demonstrate the real breadth and impact of the creative industries in this province. Historically, I don’t believe that we have taken full advantage of opportunities to show and celebrate the ‘sum of our parts’ — so there isn’t necessarily a connection made between our growing motion picture production industry over the past 30 years and the great BC bred industry talent and expertise, business visionaries and community builders that populate the landscape of BC’s diverse creative industries today.

So whether it’s profile for BC filmmakers and for BC contributions to international production, industry participation in the business community through organizations like the BC Business Council, Chamber of Commerce or Vancouver Board of Trade, the wealth of industry fundraising and community participation that goes on every year, or outreach and connections between sub sectors of BC’s creative economy — we should strategically align our activities to ensure that the collective voice of the industry is heard and our contributions are recognized.

We have a great start this year and some good tools to move forward together on the great news story of BC’s production industry and its pivotal role in our creative economy. With the newly established Creative BC, we have a cohesive creative industries strategy in the making. This new organization has the success of the former BC Film Commission and BC Film & Media as its springboard, so the groundwork has been laid and the potential of a provincial strategy is exciting. On behalf of MPPIA, I want to congratulate both of those organizations and their respective leaders Susan Croome and Richard Brownsey for their enormous contributions. Susan has many years serving the BC production industry, first as General Manager at the Bridge Studios for a decade, followed by ten years as BC’s Film Commissioner. On behalf of MPPIA, I want to thank Susan and wish her all the best in her retirement.

Finally, early this year MPPIA established a social media presence and website under the banner We Create BC. With an aim to celebrate and tell the story of the industry in BC, I am hopeful that industry will continue to use this platform as a tool for ongoing, positive communications. There are only a few weeks left before BC votes for its next provincial government and the last few months have provided a great opportunity to talk about what the industry has achieved in BC, but let’s not stop there. If we continue to work together to bring the industry’s story, the need to explain the government’s investment in the creative industries should eventually disappear. If you haven’t already, visit www.wecreatebc.com , www.facebook.com/wecreatebc; If you have ideas on how to build our industry story going forward, contact us at info@mppia.com or www.facebook.com/mppia . We look forward to hearing from you.