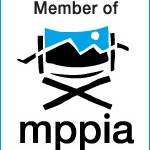 The Motion Picture Production Industry of BC is very pleased to welcome two of North America’s leading animation companiesto its membership and Board of Directors — BC’s Atomic Cartoons and Nerd Corps. Both of these companies are industry leaders that have put BC’s animation sector on the international radar.

Award-winning Atomic Cartoons is an independent full-service animation studio located in Vancouver’s busy Animation District and beautiful downtown Kelowna. Atomic creates, produces and finances animation for television series, commercials and music videos. Atomic Cartoons’ partners Mauro Casalese, Rob Davies, Trevor Bentley and Rob Simmons head-up a landmark studio that includes some of Canada’s most creative animators, directors, producers and writers. Adept at multiple genres and animation styles, Atomic Cartoons is recognized internationally as one of the leading animation studios in North America. Check out Atomic Cartoons News and find out how this company is investing in the future of BC’s creative economy.

Nerd Corps Entertainment is one of the largest children’s animation studios in North America. Founded by Asaph Fipke and Chuck Johnson in 2002, Nerd Corps has grown from a small operation working out of an apartment in downtown Vancouver to a true army of over 400 artists and storytellers. More than an animation studio, Nerd Corps creates stories, worlds, characters and experiences for kids that reach across platforms, from television to mobile, online, toys, and wherever else kids are spending time. At their state-of-the-art Vancouver studio, the Nerd Corps team creates, produces and distributes a diverse slate of award-winning original properties. An industry rarity in its ability to deliver on every aspect of franchise creation, Nerd Corps has emerged as one of the premier animation property developers and producers in the field. Go to Nerd Corps News and find out how this company is leading the way in the world’s animation space.